The Evolution of Renewable Energy: How Energy Use Has Changed Over Time

Patterns of energy consumption have shifted and costs have played a major role in the development of renewables.
Read on to understand how has energy use changed over time and what has affected it.

There’s no denying that the renewable energy industry has come a long way in recent years. In fact, total worldwide installed capacity almost doubled in the past decade to 13.5TWh, data from the International Renewable Energy Association (IRENA) shows.

And now, the impetus of climate change and social consciousness around sustainability is pushing governments worldwide to phase out the use of fossil fuels. Energy and transport account for the majority of greenhouse gas emissions, prompting the shift towards cleaner fuel sources.
If governments are to achieve their lofty goals of reaching carbon neutrality within the next two decades, the evolution of renewable energy must continue to pick up the pace.

So, to really understand what the industry needs to do, we’re taking a closer look at how energy use has changed over time…

The changing patterns of energy consumption

First things first, the importance of diverse sources of energy has its roots in the energy crisis of the 1970s. This disruption to the oil supply from the Middle East contributed to a global recession and accelerated research into the large-scale consumption of alternative fuels.

Technologies that previously had highly specialized uses – for example, solar panels in space applications – were developed for commercial electricity generation. The 1970s also saw the start of innovation in lithium-ion battery technologies, which are finding new applications today in backup energy storage for renewables and powering electric vehicles.

The 1980s and 1990s saw an increased consumption of fossil fuels

This surge in fossil fuel use was mainly due to a rapidly growing global economy. And, as a consequence, was followed by an increased focus on the impact of climate change.

Carbon (CO2) emissions climbed annually and a rise in extreme weather events around the world drew attention to scientific research raising the alarm. In response, the United Nations set up the Intergovernmental Panel on Climate Change (IPCC) in 1988 to report on scientific findings.

More than 150 nations agreed to the United Nations Framework Convention on Climate Change (UNFCCC) in 1992. The plan was to address the warming of the atmosphere from man-made greenhouse gases and set an initial target of stabilizing CO2 emissions from industrialized nations at 1990 levels by 2000.

What’s more, the World Health Organization emphasizes that the Paris Agreement is not only a climate agreement but also a health agreement. Around 7 million people die globally every year from exposure to polluted air, including 3.8 million who die from diseases attributable to cooking with polluting stoves and fuels. 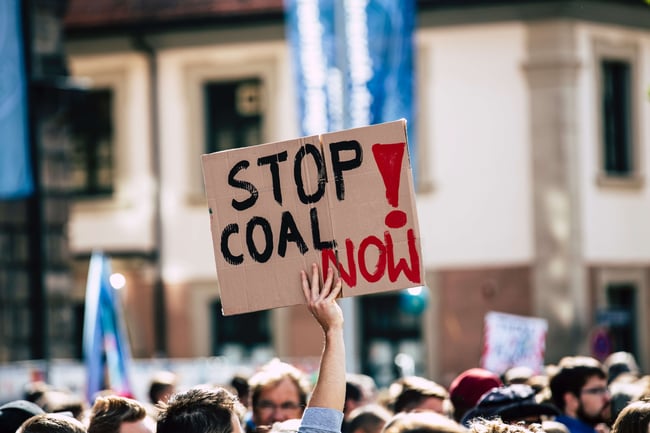 Here’s a run-down of the developments since 1990:

As a result, the average amount of CO2 emissions produced per kilowatt-hour of electricity generated declined by nearly 6.5% in 2019. That’s three times faster than the average over the past decade.

Cost has played a major role in the uptake of renewables

One of the main drivers for the accelerated rollout of renewable technologies is a sharp decline in costs.

The cost of new solar PV and onshore wind energy installations has fallen by 3-10% annually since 2010 to reach parity with fossil fuel facilities. And, in doing so, has removed a hurdle for investment in developing nations as well as developed countries.

In fact, China has become the world’s largest manufacturer of solar panels, recognizing the importance of renewables for its own clean energy goals and the opportunity to supply the global market. The sheer volume of panels it produces, faster than the world can install them, has driven down prices too.

Costs for electricity generated from new solar PV plants were 82% lower in the second half of 2019 than a decade earlier, according to the FS-UNEP report. That was reflected in the growth of total installed solar capacity to 584.8GW in 2020 from 41.5GW in 2010.

The future is renewable

The continued decline in costs makes renewables the default choice for new power projects, especially in the developing world.

Asian nations are leading the way in adding new capacity, and renewables are expected to account for a large share of generation in Africa and Latin America over the next 25 years.

In Europe and the US, the intermittency of renewable generation has in the past raised concerns about the extent to which renewables can fully replace fossil fuels for base-load power supply. However, the deployment of energy storage solutions has got underway in the last five years as the cost of lithium-ion batteries has fallen.

In response, governments like the state of California are encouraging the installation of large-scale solar and wind facilities with backup battery systems as they too approach cost parity.

Lower lithium battery prices are also encouraging the adoption of electric vehicles, which at the same time increases the need for clean sources of power supply for charging points. After all, increasing electricity generation from fossil fuels to charge electric vehicles does little to advance net-zero emissions goals. 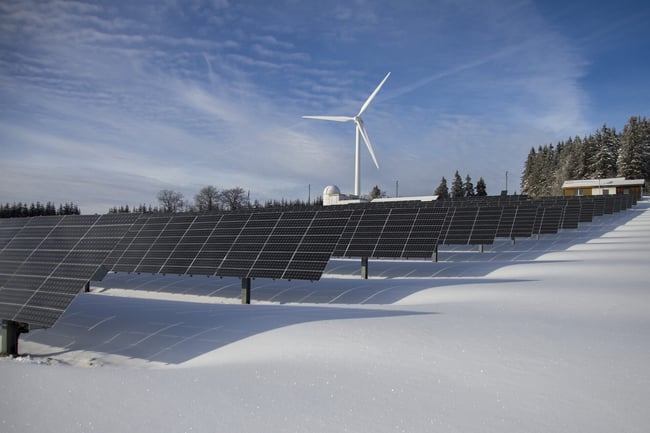 There’s no doubt that our power consumption has changed during the global lockdowns. Not only have we seen a growing need for renewable energy, but as a way of reviving struggling economics, governments may be more inclined to invest in the industry. Since their investment will help to meet climate targets too.

If your company is part of that transition, We can help you find smarter ways to design and optimize solar PV plants. Request a free demo of pvDesign so that we can walk you through our platform and assist you with any questions you may have.